Roger Ameden has been a pilot for more than 50 years and a giving flying lessons as an Instructor at Three Wing since 2007.

Roger completed his Private Pilot license after leaving the Marine Corps in 1970 and earned his first Instructor Rating in 1974 ultimately achieving the Airline Transport Pilot Certificate in 2012. Additionally, he holds Cessna Jet (CJ) and Citation type ratings and is one of two Cirrus Standardized Instructor Pilots (CSIP) in the State of Connecticut.

Retired from a career in Defense Electronics as a Senior Program Manager with Northrop Grumman in 2014, he now stays busy as a Contract Pilot in light jets and as a flight instructor in a wide range of aircraft. He will tell you that he flies because it’s fun, but particularly loves to fly demo flights because of the big smile it brings to an aspiring pilot’s face. 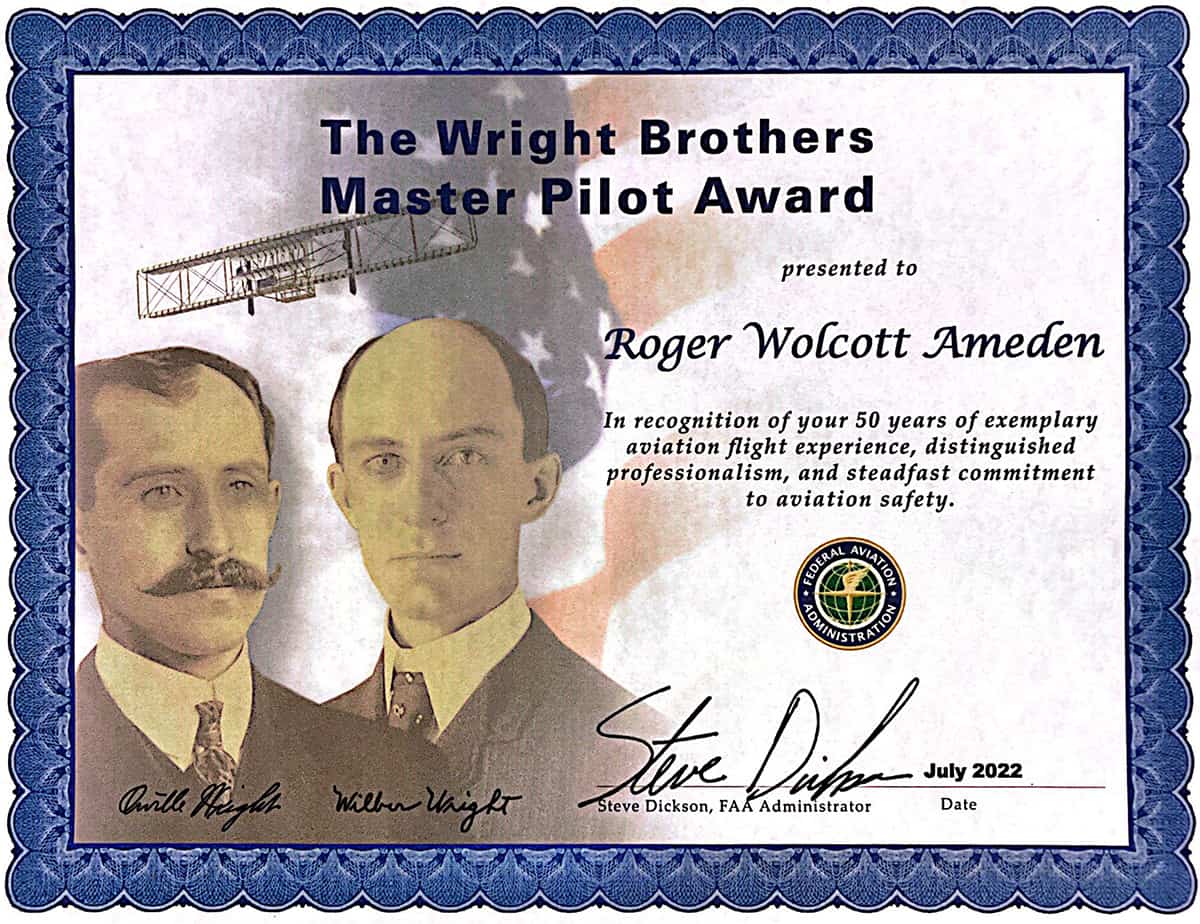 Laura has been flying since 2010, when her husband gave her a discovery flight for her anniversary. She has been teaching flying lessons since 2019 and received her instrument rating on her flight instructor certificate in 2021. With 350 hours dual given, she loves introducing people to the wonders of flight, going low and slow in a single-engine land airplane.

Laura is a part-time instructor and also the secretary of Yale Aviation. She is also a member of AOPA, SAFE, EAA, and NAFI.

Dennis Doyle has pursued aviation, mostly as an avocation, all his adult life. He holds an ATP with multi-engine privileges for both sea and land airplanes. His Commercial privileges include: single engine sea and land, as well as gliders. His Instructor ratings include: single, multi and instrument airplane. Including his Navy experience, he has accumulated more than 17,000 hours of flight time, including more than 5,000 hours of giving flying lessons. Dennis primarily does BFR’s, IPC’s and checkouts but loves to talk aviation.

Nicole Marsilio joined Three Wing in 2007, but her love of flying began as a young girl. Over the years she has earned numerous ratings and certificates through the club. Now a single-engine instructor and multi-engine commercial pilot, Nicole enjoys sharing her passion for aviation by teaching aspiring pilots of all ages. She is always looking for new ways to grow her flying skills as well as the latest airport lunch spot.

Shazrin recently came on board with Three Wing after getting his flight training in Florida. He attended the University of North Florida and got his Private Pilot, Instrument rating, commercial and CFII. Flying is his passion and he is very dedicated and enjoys passing the knowledge and skills of flying to those who are ready to learn during his flying lessons. Shazrin is full-time and can accommodate most everyone’s schedule. We are excited to have him here.

Alan started flying in 1993 while attending Daniel Webster College and has accumulated over 10,000 hours since then. Alan has a BS in Aviation Management and has his ATP, CFII and MEII. He holds type ratings in the Embraer 145, Citation Excel and the Airbus A320. He worked his way through corporate flying, the regionals and now is currently flying for Jet Blue.

Alan instructs on a part time basis and can be seen at Three Wing with his daughter, passing down those skills and knowledge in an aircraft or in the simulator.

John is a CFI and holds a Commercial pilot certificate with single-engine and multi-engine land, single-engine sea, and Instrument ratings.

When not giving flying lessons, John can often be found piloting his own airplanes. John owns a Piper Turbo-Saratoga which he flies around the country and can been seen at almost all the Penn State football games. He has set two national and world speed records sanctioned by the National Aeronautics association and The Federation Aeronautique Internationale World Sports Federation.

John’s other airplane is an Extra E300L which he flies in competition aerobatics in the northeast region and at the national level. In 2019 he won the Northeast Regional Series in Sportsman category and in 2021 finished 3rd in the Intermediate category.

Early in his career, John was in engineering at Boeing in Seattle and worked on many aircraft programs including the 737, 757, 767, and 747. Currently, John is the Operating Partner for Aviation at ITE Management which invests in aviation businesses including leasing airliners to airlines around the world. Before joining ITE, John held senior positions at several major aircraft leasing firms such as International Lease Finance Corporation, CIT Aerospace, and Intrepid Aviation.

John is a member of Aircraft Owner and Pilots Association, The Experimental Aircraft Association and National Association of Flight Instructors.

For a limited time only – Club members and students can buy sim time for $75 per hour! $80 for non Club members! LEARN MORE

Give us a call or fill in the form below and we will contact you. We endeavor to answer all inquiries within 24 hours on business days.
203-375-5795
info@threewing.com